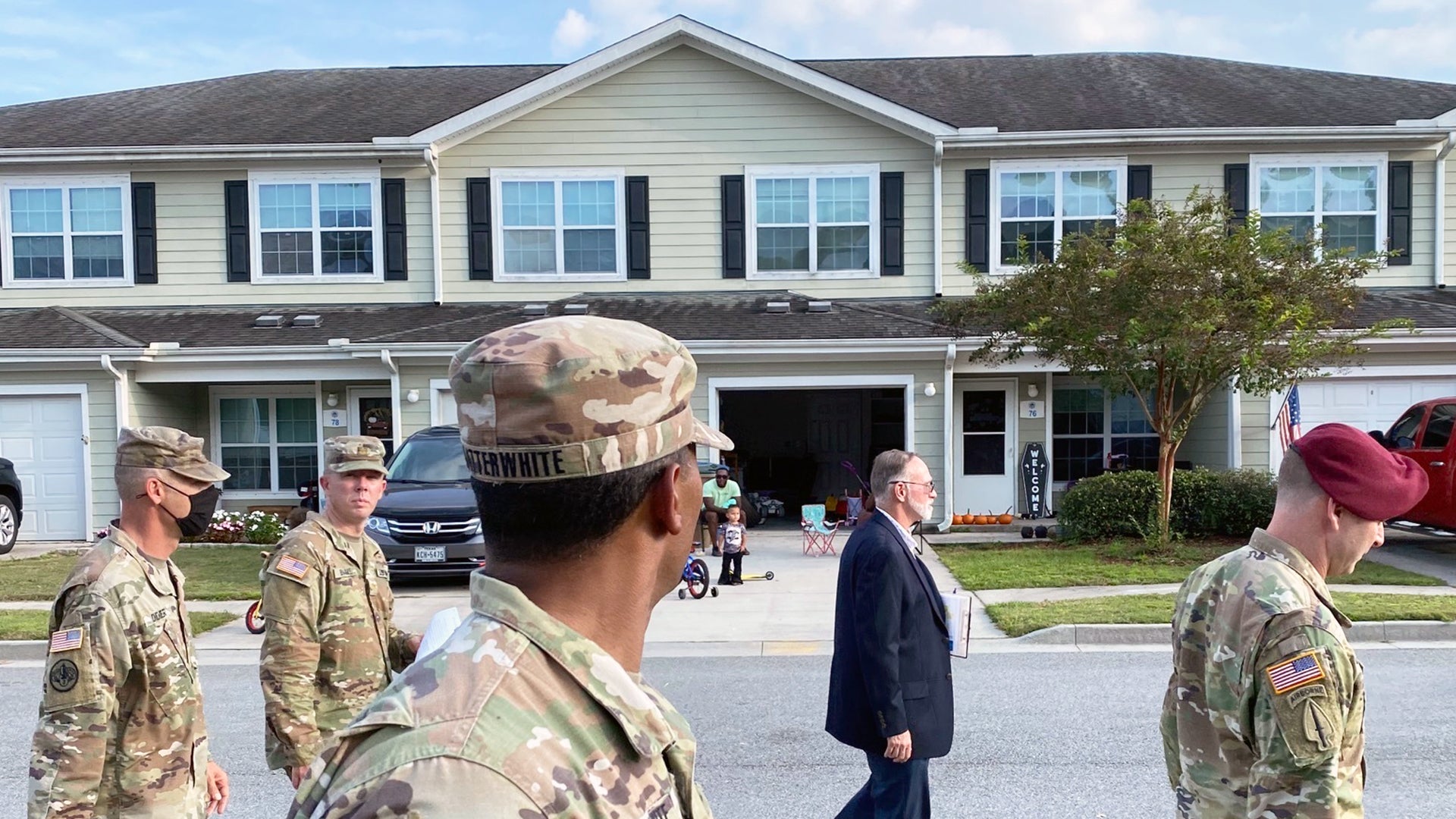 “I was waking up in the morning and wondering, ‘Well, how many people am I going to have to screw over today?” – Robert Whittington, former Balfour Beatty manager

Balfour Beatty Communities LLC (BBC), one of the largest providers of privatized military housing to the U.S. Armed Forces has been under the legal spotlight for several years due to complaints from tenants all over the nation who claim of living in terrible living conditions and negligent property management. Several lawsuits are currently pending against the military housing contractor or have been settled over lack of maintenance, water damage, toxic mold, insect and rodent infestations. The firm currently manages approximately 43,000 housing units at bases across the country.

An investigation by CBS News and Reuters in June 2019 found that the company allegedly misled the Air Force to qualify for millions of dollars in bonus payments worth about $800 million over decades-long contracts — but documents show some of that data was falsified. For years, Balfour Beatty kept two sets of maintenance books at Tinker Air Force Base in Oklahoma.

The news investigation revealed a falsified set of official electronic records was shown to the Air Force, listing quick response times but that a second set of handwritten records was also kept by the company to track what was really happening. The handwritten records were never disclosed to the military showing that weeks routinely elapsed before hazards were remedied.

Reuters and CBS found that the questionable record keeping and slum-like living conditions were well known to some Air Force housing employees stationed at Tinker. For years, several tenants had attempted to hold Balfour Beatty accountable but were blocked by the Air Force Civil Engineering Center, or AFCEC, a unit based in San Antonio, Texas, that is tasked with monitoring private landlords.

In June 2019, several thousand employees at Tinker were told to telework from home indefinitely until further notice after mold was found inside one of the buildings. According to ABC News, a Tinker Air Force Base employee said the building is where information technology and aircraft operations employees work and that there is an area of mold that can be seen in the vents.

The lawsuit describes “deplorable living conditions,” “systemically poor maintenance,” and “appalling defects” such as the presence of asbestos and lead-based paint; structurally deficient flooring and walls; faulty insulation; pervasive mold and other toxins; deficient electrical, plumbing and HVAC systems; and other issues.

The claimants who are all active in the armed forces, stated that the housing contractor “concealed harmful housing conditions” from the military families before the families signed their lease, and when problems came up, the companies failed to fix those problems.

Then, in January 2020, Stripes.com reported that Air Force and Environmental Protection Agency investigators raided the offices of Balfour Beatty Communities at Tinker Air Force Base searching for evidence in an investigation that families in base housing were exposed to asbestos.

Sen. Jim Inhofe, R-Oklahoma, said in a statement that the agencies were investigating suspected Clean Air Act violations by Balfour Beatty, the private company that manages housing on the base.

“While this matter is still very much under investigation, should these or any of the other ongoing federal investigations be substantiated, Balfour Beatty and those who perpetrated any wrongdoing against our military families must be held accountable to the fullest extent of the law,” said Inhofe, chairman of the Senate Armed Services Committee.

According to the US Department of Justice (USDOJ), Balfour Beatty pleaded guilty in December 2021 to fraud in connection to “squalid conditions,” such as plumbing issues, insect and rodent infestations, asbestos, and mold, that the housing provider did little to repair.

Balfour Beatty accepted the guilty plea and agreed to pay over $33.6 million in criminal fines to the U.S. military and over $31.8 million in restitution and serve three years of probation, and engage an independent compliance monitor for three years. The firm also entered into a False Claims Act settlement with the United States to resolve its civil liability for $35.2 million.

“Instead of promptly repairing housing for U.S. servicemembers as required, BBC lied about the repairs to pocket millions of dollars in performance bonuses,” said Deputy Attorney General Lisa O. Monaco. “This pervasive fraud was a consequence of BBC’s broken corporate culture, which valued profit over the welfare of servicemembers. Today’s global resolution sends a clear message to companies that if they do not maintain adequate compliance programs, voluntarily self-disclose misconduct, and fully cooperate with the government, they will pay a price that outweighs the profits they once reaped.”

“This is not the first time allegations have been raised that Balfour Beatty has used fraudulent work order practices at Air Force bases,” said Sen. Jim Inhofe (R-Okla.) and Sen. Jack Reed (D-R.I.) at the time, in response to the Reuters report. “This isn’t even the second time. It is the third time—and it is completely unacceptable and disturbing. How much more should we ask military families to endure?”

“In defrauding our country’s military services, BBC took advantage of their unique position as a military housing provider and put greed and personal profit above our servicemembers,” said FBI Deputy Director Paul M. Abbate. “Today’s guilty plea reaffirms the FBI, along with our partners, are committed to preventing such disgraceful crimes and will work tirelessly to bring those who engage in this type of crime to justice.”

“The Air Force Office of Special Investigations is committed to protecting the integrity of the Department of the Air Force’s procurement process,” said Special Agent Paul Wachsmuth, Director AFOSI Office of Procurement Fraud Investigations. “The extensive and dedicated collaborative efforts between AFOSI, the Air Force Audit Agency, Defense Criminal Investigative Service, and the Department of Justice in this investigation was paramount in ensuring the safety and well-being of our warfighters and their families.”

“The health and safety of service members and their families remains of critical importance to the DoD Office of Inspector General’s Defense Criminal Investigative Service (DCIS),” said Principal Deputy Director James R. Ives of DCIS. “DCIS and our law enforcement partners are committed to working with the Department of Justice to hold companies accountable when they emphasize profits over the well-being of those who honorably serve our nation.”

“This judgment demonstrates the commitment CID Special Agents have to protect soldiers’ families against deceitfulness and fraud, while also ensuring the integrity of the military privatization housing initiative, which is to provide safe, quality, well-maintained housing for our military families,” said Special Agent in Charge Frank Robey of the Army Criminal Investigation Division’s (CID) Major Procurement Fraud Unit. “Throughout this investigation, Army CID special agents worked closely with federal authorities emphasizing the importance of successful partnerships with other law enforcement agencies.”

“Balfour Beatty’s scheme to delay service request entries into their electronic tracking system to increase their performance-based award violated their contract and wasted valuable taxpayer money,” said Special Agent in Charge Thomas Cannizzo of the NCIS Southeast Field Office. “NCIS and our partners remain committed to rooting out fraud and corruption that threatens the integrity of the Department of the Navy’s procurement process.”

“The men and women who live in our nation’s military housing, including those at Fort Stewart and Fort Gordon, deserve prompt and professional maintenance service from their housing providers,” said U.S. Attorney David H. Estes for the Southern District of Georgia. “That BBC would not only fail to deliver this service, but also falsify information to line their own pockets is despicable. Our office will work tirelessly with our law enforcement partners, and other components of the Department of Justice, to make sure those who provide subpar service to the military and lie about it are held accountable.”

“The Western District of Texas is home to some of the largest military installations in the country and our district works tirelessly to protect and serve our military families,” said U.S. Attorney Ashley C. Hoff for the Western District of Texas. “The resolution entered with BBC concerns conduct that impacted military families in our district at Lackland Air Force Base and Fort Bliss Army Base. This resolution is an important step in holding private military housing providers accountable to our servicemembers and their families.”

“The defendants’ greed undermined a program designed to protect servicemembers’ homes while they courageously fight to protect our homeland,” said Acting U.S. Attorney Robert J. Troester for the Western District of Oklahoma. “Servicemembers and their families deserve better. The U.S. Attorney’s Office is committed to working with our law enforcement partners to protect our military community from fraudulent conduct of all kinds, particularly the integrity of DoD housing programs.”