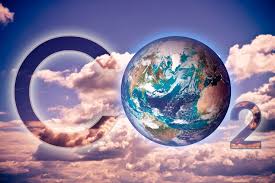 “As mold grows, it gives off carbon dioxide. Therefore, if there is a CO2 spike, there is likely an increase of mold activity.” Dr. Paul Armstrong, Researcher with the USDA

One of the major symptoms of mold exposure is the poisoning of the body and air by carbon dioxide (CO2) that is released by mold (fungal) spores as it consumes organic matter.

You see, molds are not like other plants that absorb carbon dioxide and release oxygen.

It does the exact opposite by absorbing oxygen and releasing CO2.

This mold produced carbon dioxide is released both the air (environment) and also the body of an infected host. Essentially, people who are sick from mold are not only being poisoned by harmful mycotoxins but also by carbon dioxide as they are being robbed of vital oxygen.

This is one of the most over looked and neglected symptoms by doctors, medical professionals, and mold inspectors.

When mold increases in your environment and body, it creates an abundance of carbon dioxide and when mixed with water and blood, it turns into carbonic acid.

This CO2 then causes your cells to be deprived of oxygen and the blood to become acidic. As this acid builds up, the pH in the blood decreases, and these toxic wastes accumulate in the body which results in inflammation and a cascade of other symptoms.

This is why many people who suffer from a mold illness experience many different symptoms all throughout their bodies such as allergies, asthma, headaches, brain fog, confusion, light-headedness, drowsiness, blurred vision, increased heartbeat, fast breathing, kidney and liver pain which are all symptoms of high levels of CO2, and lack of oxygen in the blood.

Carbon dioxide inhalation also causes what is known as pulmonary inflammation. This is one of the main reasons why people are said to be allergic to mold and many suffer from asthma.

What we all need to understand is that CO2 is very toxic in its effect.

In an environment (home, work or outside) where there is a lot of CO2 in comparison to oxygen (O2), the CO2 tends to displace any O2 attached to hemoglobin, and vice versa. This means that the most important gas at that point is transported at the expense of the less important gas.

The blood is a transport vehicle for nutrients and wastes throughout the body. Cells use oxygen (O2) for metabolic processes, and the waste product of this is carbon dioxide (CO2). This CO2 and O2 balancing system works constantly, but if CO2 builds up in the blood, then the body reacts to remove the buildup.

Hence, one of the reasons many people who are ill from mold experience inflammation which is an immune reaction.

Mold, like many other diseases such as cancer thrives in high concentrations of carbon dioxide and acidic environments. It is one of the most highly developed and advanced organisms known on the planet and knows exactly how to break down and eventually kill its host.

Mold simply cannot survive in a high alkaline and oxygen environment. If you understand these facts, you can then get on the road to recovery by implementing a health protocol that includes detoxing with a high alkaline diet, extra oxygen and mold and carbon dioxide avoidance.

Now let me share with you the real science that backs my statements up.

In the Chambers’s Journal, Volume 4 it states: “Unlike other plants, they do not purify the air by robbing it of its carbonic acid, and exhaling oxygen, but rather tend to its vitiation, by exhaling carbonic acid, and absorbing oxygen. This has been proved by the experiments of Marcet.”

An excerpt from the London Medical Gazette: Journal of Practical Medicine, Volume 18 says, ” In a physiological respect, one peculiarity of the plants of this family is, their exhaling carbonic acid and hydrogen gases while exposed to light, and therebv consuming oxygen. Nees von Esenbeck and Bischoff found that one large fungus (Boletus luridus) consumed in 12 hours, 12 per cent, of oxygen gas.”

The Nature London: The International Weekly Journal of Science, Volume 7 had stated, “When a mildew is growing in the ordinary way in the free air on the surface of a liquid containing sugar, or on the surface of a plant, it absorbs oxygen from the air, and combines the oxygen thus absorbed with carbon, the product of the decomposition of the matter on which it is growing, so that by this ordinary process of burning, carbon dioxide and water are set free, while at the same time putrefaction is kept up in the substance attacked.

If protein compounds be present, then ammonia, sulphuretted hydrogen, and other substances are likewise set at liberty, making the putrefaction more offensive. The fungus is, in this case, feeding upon the organic matter, and breathing the oxygen just like an animal.”

A common fungus tends to grow more allergenic traits in the presence of high carbon dioxide, Naama Lang-Yona, a doctoral candidate in environmental sciences at the Weizmann Institute of Science in Israel, said here Monday (Dec. 9) at the annual meeting of the American Geophysical Union.

“Its natural habitat is decomposed biomass and soils, but you could find it in many other places, such as our walls, air-conditioning filters,” Lang-Yona said in an email.

The fungus sends out spores with tiny proteins on their coat that mobilize the body’s immune cells to wage war against the body. Side effects can be as mild as sneezing and as serious as anaphylaxis. [5 Ways Climate Change Will Affect Your Health]

In addition, the fungus can cause rare, but life-threatening lung infections. One man recently had to have part of his lung removed to treat the giant ball of fungus growing there.

Allergies have been on the rise in the past several decades, and Lang-Yona and her colleagues wondered how atmospheric changes influenced this trend.

To find out, the researchers grew the mold spores with different levels of carbon dioxide in the growth medium. Afterward, they measured the presence of several allergenic proteins grown by the mold spores.

The results suggest that the sharp rise in carbon dioxide emissions could be worsening allergic responses, at least to this particular mold. But carbon dioxide may affect other types of allergens as well.

“Since the mechanism is physiological it can certainly be relevant to other mold-allergens,” Lang-Yona said. “It is most likely that growth condition changes also influence other types of allergens, but this needs to be further checked.”

Here is a direct link to the above 2013 study titled, “Changes in atmospheric CO2 influence the allergenicity of Aspergillus fumigatus,” showing that an increase in CO2 will, in fact, lead to a greater number of mold spores:

“In this study, we investigated the hypothesis that environmental conditions linked to global atmospheric changes can affect the allergenicity of Aspergillus fumigatus, a common allergenic fungal species in indoor and outdoor environments and in airborne particulate matter. We show that fungi grown under present-day CO2 levels (392 ppm) exhibit 8.5 and 3.5 fold higher allergenicity compared to fungi grown at preindustrial (280 ppm) and double (560 ppm) CO2 levels, respectively.

A corresponding trend is observed in the expression of genes encoding for known allergenic proteins and in the major allergen Asp f1 concentrations, possibly due to physiological changes such as respiration rates and the nitrogen content of the fungus, influenced by the CO2 concentrations.

Increased carbon and nitrogen levels in the growth medium also lead to a significant increase in the allergenicity.

We propose that climatic changes such as increasing atmospheric CO2 levels and changes in the fungal growth medium may impact the ability of allergenic fungi such as A. fumigatus to induce allergies.” (2)

Dr. Paul Armstrong, a United States Department of Agriculture (USDA) scientist at the Agricultural Research Service in Manhattan, Kansas has been studying mold and how higher levels of carbon dioxide plays a key role in identifying mold activity in stored grain. Armstrong had concluded that monitoring CO2 levels might provide more accurate results to detect if mold is growing.

“It seems like it is simpler,” compared with taking temperature and moisture levels, he says. As mold grows, Armstrong explains it gives off carbon dioxide. Therefore, if there is a CO2 spike, there is likely an increase of mold activity.

Carbon dioxide sensors might be able to pick up hot spots of mold activity within a grain bin that other sensors may not be able to detect, he adds. While he knows measuring CO2 levels works, Armstrong is refining what the numbers mean.

“We can tell you something is not good. We can’t tell you how bad it is,” he says of using CO2 levels to monitor grain condition.

Normal air concentrations of carbon dioxide run about 400 parts per million (ppm), Armstrong says. In stored grain, CO2 concentration can run up to 1,000 ppm. If the sensors read more than 10,000 ppm, he says there is severe mold activity. If the readings are 2,000 to 3,000 ppm, there is some mold activity.” (3)

Here is some more science backing up the USDA’s Mr. Armstrong. This excerpt was taken from the Abstracts of Bacteriology, Volume 2 – “The Production of Carbon Dioxide by Molds Inoculated into Sterile Soil,” by R. S. Potter And R. S. Snyder. Soil Science, 1918, 5 , 359-377.

“The authors undertook to test the presence of mold activity in soils by determining the amount of carbon dioxide given off. For this purpose cultures isolated directly from soil were used. Special apparatus was devised. Erlenmeyer flasks containing 340 grams of soil each were sterilized in an autoclave at 10 pounds pressure for three and one half hours on 3 separate days with forty-eight hour periods intervening.

They were then inoculated with mold spores in suspension. The apparatus was then connected up and observations made upon the amount of carbon dioxide eliminated day by day over a period of forty-five days.

“Perhaps the most noteworthy thing to be observed was a very rapid increase in the amount of carbon dioxide given off in the second and third day, and the fourth day,” with a decrease on the fifth and sixth days. Spore formation is accompanied by the development of large amounts of ammonia.

Typical soil molds when inoculated into sterilized soil grow with a vigor equal to or nearly equal to the growth induced by an inoculation with the entire soil flora, the evolution of carbon dioxide being the measure of the vigor of growth.” (4)