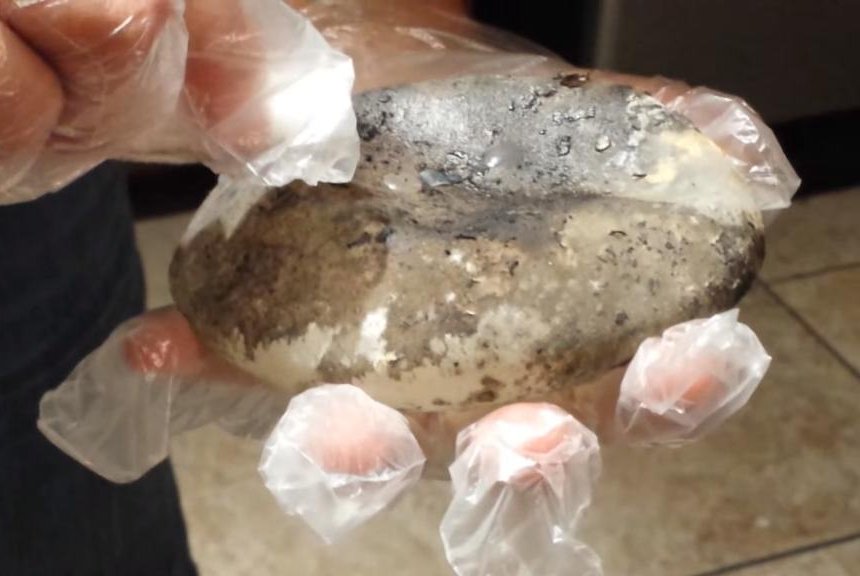 Approximately 300,000 women get breast implant surgery (breast augmentation or boob job) every year in the U.S. because they want to increase and enhance their bosom. But there are serious health problems that may come with this type of plastic surgery that many people are simply not aware of.

The latest serious issue to plague some women who previously had breast augmentation is that they have dangerous mold such as aspergillus growing in their breasts, and it is making them deathly ill.

This is a story that the multi-billion dollar plastic surgery industry does not want to get out.

A 2004 study found that fungi may be able to survive, colonize, and even cause infection in saline-filled devices. The authors assessed both the expander membrane and the port in terms of leakage and penetration of Candida albicans and Aspergillus niger in an in vitro model.

The data show that an intact silicone membrane is impermeable to fungi, and punctured ports allow translocation of fungi into the implants. Fungi can grow and reproduce in a saline-only environment, and their survival periods differ among the species. Furthermore, their survival may be enhanced by the influx of substances through the implant shell.” (1)

According to a 2021 study, a 53-year-old woman with a past medical history of pre-diabetes and depression was referred to a plastic surgery clinic for elective removal of bilateral breast implants for persistent joint, back and breast pain.

After they were removed, mold (fungal hyphae) was discovered on samples of the fluid and capsule that were sent for culture and pathology. She also reported that the diffuse joint and back pain improved. (2)

The late Hugh Hefner’s widow, Crystal Hefner found mold growing in her breast plants and decided to have them removed in 2016 because they were poisoning her and making her really sick. 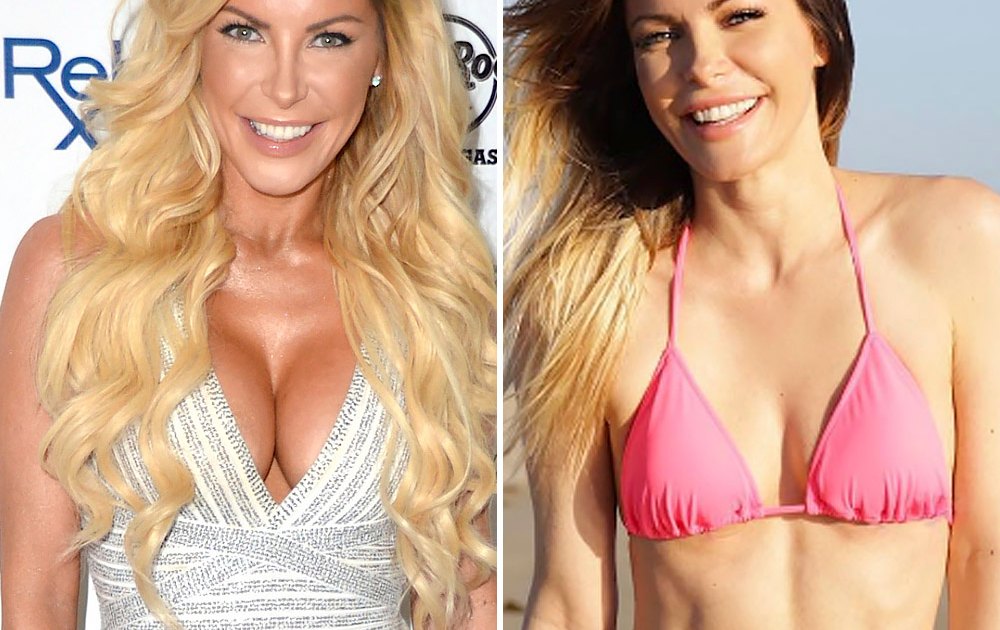 ‘The mildest of those symptoms started a few years back. The aches, the bladder pain, brain fog, fatigue. I ignored it, labeling myself a hypochondriac, despite truly worrying that there was something wrong with me. I joked about losing my memory to age, and about getting “lazy”.

I began to cancel appointments and shoots because everything exhausted me. Before everything went downhill, I was at the gym five days a week, and always shooting and working.”

These same symptoms resemble what is called “Breast Implant Illness,” and there is a Facebook group dedicated to this subject with approximately 3,000 members.

“There has been a demonstrated link with certain types of lymphoma, autoimmune disorders, and systemic illness associated with breast implants. A significant population of women currently pursue bilateral breast implant removal in hopes to alleviate a constellation of symptoms anecdotally known as “breast implant illness”. This is not yet an accepted clinical entity due to the lack of sound literature on the subject.

Common presenting symptoms include fatigue, anxiety, chronic pain, endocrine, autonomic, and peripheral nervous system dysfunction. Currently, there is no standard of care or guideline for treating women experiencing such symptoms.”

Crystal Hefner is just one of many women who have claimed that mold growing in their breast was making them very sick.

These reports of mold growing in women’s breasts have been coming out in the media and on various Facebook groups, Instagram, and Tik Tok over the last several years.

For example, a woman went vital on Tik Tok after she showed her 13 year old implants full of mold after they were removed. The woman named Bunnie’s video had more than 4.3 million views and over 6,000 comments. 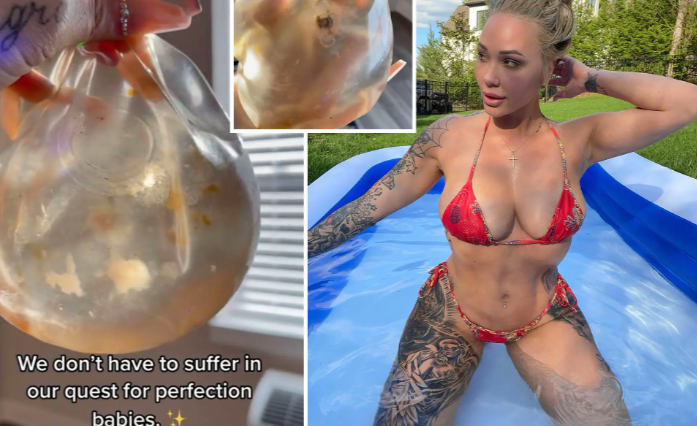 In the video, Bunnie explained that she got her implants removed in November 2020 after doctors were unable to pinpoint what was causing her to start suffering various symptoms.

She then pulled an implant out from a plastic bag and held it up to the camera.

“Look at that,” she said while moving the yellowed implant in her hand. “That goes inside of a human body. Look at the mold.”

In the video, various brown dots lined the implant and the liquid inside turned to a yellow color.

“No wonder why women are having so many complications with these things,” she said, still holding the implant. “It’s disgusting.”

In November 2015,  WPSD6 news reported on a Kentucky woman, Paula Blades, who had breast augmentation and that after years of severe mystery illnesses, it turns out her moldy breasts were killing her.

She eventually had her breasts removed and then sent to Dr. Pierre Blais with Innoval Failure Analysis in Ottawa, Canada, for further testing. That testing found “the valve capping mechanism…faulty”, the “filling fluid grossly contaminated” and indication of “aspergillus-related entities,” —mold.

Here is an excerpt from the WPSD6 article:

It wasn’t until years later that serious health problems began to plague her.

“I started getting like chronic sinusitis and different infections —bronchitis, things of that nature that wouldn’t go away,” Paula explained. “I got these sores all over my upper torso that wouldn’t heal.”

“Severe chronic sinusitis and running a temperature every day. My white blood cell count was increased,” she recalled.

Paula also lost a lot of weight, dropping to just 80 pounds. She went to doctor after doctor and faced diagnosis after diagnosis. She went through multiple hospital stays.

“Just one thing after another,” Paula said. “It seemed like it never ever was going to end.”

No one could tell her the source of her illnesses, and she only got sicker.

“I was to the point where I was planning my funeral. I knew I was gonna’ die,” Paula said.

One night, Paula was channel surfing and happened to stop on Discover Health. The show ‘Monsters Inside Me’ was on. Paula saw a woman. She was a stranger, but her symptoms were all too familiar to Paula.

“She was like me. She had the same symptoms, everything, and I was just like ‘Oh my gosh, that’s me,’” Paula said.

In 2016, Amy Peskins had her breast implants for 18 years and unbeknownst to her, they were making her sick for 9 years.

She said those implants once made her happy, destroyed her life. Peskins had them removed after seeing other stories of famous women who also had them removed, and she knew in her gut that mold was making her sick all those years

In December 2015, a Florida woman, Anne Ziegenhorn had told WEARTV that her implants nearly killed her.”

She had sores all over her body. Her thinking was so cloudy she thought she might have Alzheimer’s. She was misdiagnosed with everything from lupus to arthritis to thyroid problems.

She said, “Silicone sickness in and of itself is one entity. And then you add the mold to it that we had, and then you’ve got two illnesses going on.”

The diagnosis that Anne believes saved her life came from Dr. Susan Kolb, author of “The Naked Truth About Breast Implants.” Dr. Kolb said, “My experience in doing this for thirty years is that eventually everybody will become ill from their breast implants, unless they die sooner from something else.”

The implants were then sent to Dr. Pierre Blais with Innoval Failure Analysis in Ottawa, Canada, for further testing. That testing found “the valve capping mechanism…faulty”, the “filling fluid grossly contaminated” and indication of “aspergilli-related entities,” —mold.

1. Fungal growth inside saline-filled implants and the role of injection ports in fungal translocation: in vitro study

3. All other sources linked above or noted