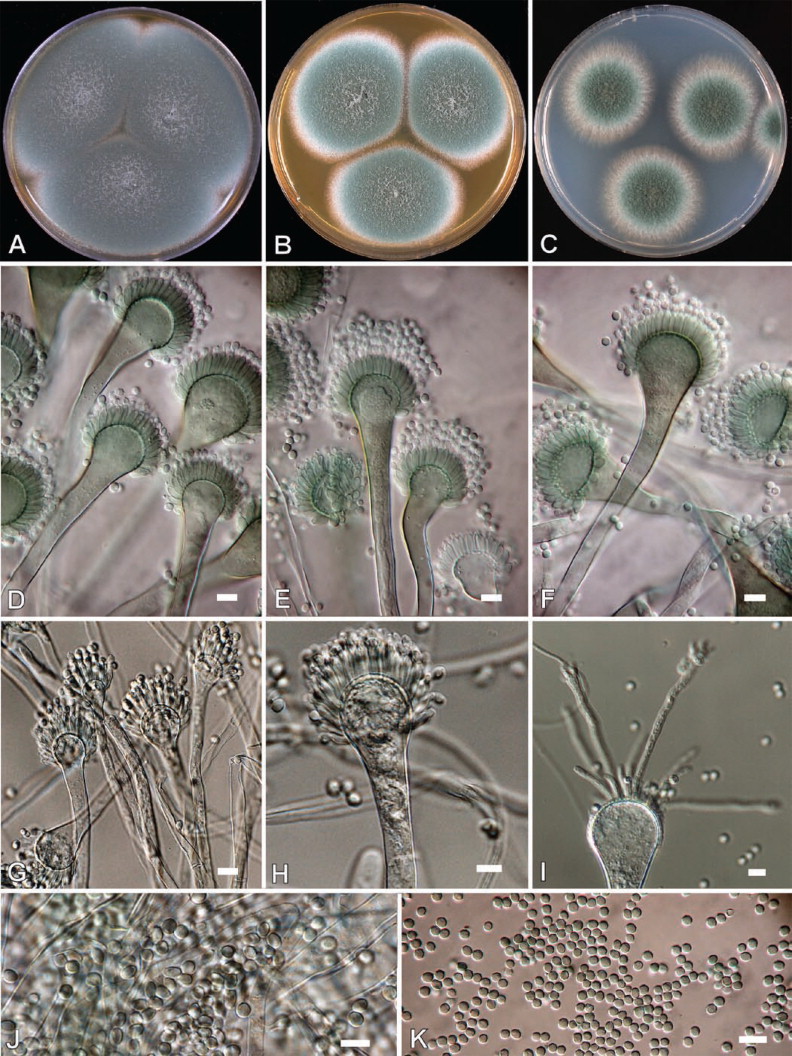 Mold (American English) is a microbial growth that develops on organic, decaying, dead, or wet materials. In the UK, they spell it, mould. The Latin word is fungus, and the plural is fungi. Yeast and mushrooms are the fruiting bodies of mold but are normally referred to as fungi.

Listen to the Podcast

Mildew is another commonly used word here in the U.S. which is often used to identify surface mold in bathrooms and showers, so when you see these different words, please understand that they often have the same meaning and can be used interchangeably.

Molds are microscopic organisms that are neither plant nor animal.  They are part of a kingdom of their own and are parasitic creatures who live off their host, whether it be a plant, animal, humans, or just about any carbon structure. They breathe in oxygen and excrete carbon dioxide (CO2) and can be found living both outdoors and indoors.

They are a natural part of the environment and play an important part in nature by breaking down dead organic matter such as fallen leaves and dead trees.

Molds grow in the form of multicellular filaments called hyphae. In contrast, microscopic fungi that grow as single cells are called yeasts. A connected network of these tubular branching hyphae has multiple, genetically identical nuclei and is considered a single organism, referred to as a colony or in more technical terms, a mycelium.

They reproduce by releasing their spores into the air. Their spores are so small that they are invisible to the naked eye; others are visible only under magnification. These spores float through the air and land on surfaces in your home like furniture or walls.

There are many types of mold, and none of them will grow without water or moisture. Once they settle on a surface, they may start growing if conditions are right.

No one really knows how many molds there are, but estimates are in the hundreds of thousands, and researchers still haven’t even come close to identifying them all. Molds use spores to reproduce like a plant uses seeds. These spores can release toxins known as mycotoxins which can be very toxic to humans.

In fact, mycotoxins have been used by militaries around the world to create bioweapons or what I call WMD’S – Weapons of Mold Destruction. Over 400 known species of fungus (mold) have been proven to be toxic to animals, humans, and plants. According to the World Health Organization, more than 200 biotoxins have been identified from common molds and can interfere with RNA synthesis and cause DNA damage.

Molds are also made up of masses of thread-like cells called hyphae, which will grow into long intertwining strings called mycelium. The spores and mycotoxins are invisible to the human eye, but the mass of mycelium is what we can see when we are looking at, for example, a moldy piece of fruit or moldy drywall, and they grow in many different colors, including white, brown, green, black, and even pink.

You must understand that molds do not make their own food the normal way that plants do.

They get nourishment from other living organisms such as plants, animals, and even humans, so they can also be called parasites. A general term used to describe any organism that lives off its host’s nutrients.

There are approximately 40 different species that have been well documented over the last 100 years to be parasitic and or toxic to humans causing many different illnesses, diseases, and hundreds of thousands, if not millions of deaths every year worldwide.

Many of these same molds can be found in human food and the structures in which we live and work, so it is important that we become educated about these tiny organisms that have such a huge impact on human society.

Molds’ main role in the ecosystem is to break down damaged and/or dead materials, such as fallen trees, dead plants, leaves, and the consumption of dead insects, animals, and human carcasses. They play a big role in how all the soil and dirt in the world is created, and in fact, approximately 25% to 35% of all soil contains these tiny live organisms.

These molds can be found everywhere outside, eventually making their way onto our food and into the places we live and work.

They do this because they have microscopic spores (2 to 100 microns [µm] in diameter) that are so light, they literally fly in the wind and can be found in the air at all times and can be carried for great distances by even the gentlest breeze.

In fact, you and I are breathing molds all the time.

You can live in the cleanest of towns and homes. It doesn’t matter. There is always some level of mold in the air.

Many countries worldwide have measured outdoor mold spore counts for decades and indoor levels as well. Scientists and independent mold inspectors such as myself have found that the spore count will fluctuate both indoors and outdoors depending on several factors such as where you live, in, what type of home you reside, the time of year, day, and even hour to hour.

They can be found floating at all times through the air outside and in our home, and I can also find samples in almost all settled dust; however, you must know that they will not grow if moisture is not present.

As long as these tiny organisms have a little water and or humidity and any carbon material such as dust or drywall, they will start to grow, multiply, and eat. It should be no surprise, then, that the same powerful carbon-eating enzymes that help molds break down dead materials into the soil are the same processes they use in eating human food, stored goods, water-damaged components of any kind, and building materials used in homes and commercial structures.

After all, when food is picked and or a building is built with wood, we humans essentially use dead matter. This means that they are subject to the laws of Mother Nature, not mans’.

That is why you can store food only for so long, and a wooden building lasts no more than a few dozen years before it has to be remodeled and or restored to last a hundred years magically. From the day a fruit or vegetable is picked or the wood taken from another dead tree for another suburban home, it is all in a state of decay.

You may have heard the term “black mold”.

Many molds can turn black, but the term black mold is used mainly to identify the most dangerous molds that produce the most deadly mycotoxins that cause illness and disease, such as Stachybotrys chartarum and Aspergillus.

Stachybotrys produces various mycotoxins, and the most deadly is called Trichothecene. Trichothecenes have been of great public health concern and have led to this fungus being known as “toxic black mold.”

Trichothecenes, including DON, T-2 toxin, and diacetoxyscirpenol, are also important from the view of biological warfare.T-2 mycotoxins are also the only substances used in biological warfare that can be absorbed through a person’s skin. Other mold species with this deadly toxin are Fusarium, Trichoderma, Verticimonosporium, Trichothecium, Cephalosporium, and Myrothecium.

Aspergillus is often found on human food such as grain and nuts and is one of the most common indoor molds. It produces mycotoxins called aflatoxins, in which Aflatoxin B1 is the most potent natural carcinogen known and is usually the major aflatoxin produced by toxigenic strains (Squire, 1981).

Meaning, that Aspergillus produces toxins that are the most potent cancer-causing chemicals known to man.

Aspergillus, along with Penicillium, Cladosporium, Alternaria, and Stachybotrys chartarum are often found in water-damaged buildings, and as you can see, they produce mycotoxins that are seriously toxigenic and cause illness, cancer, and even death to humans.

Normally, only after we have been exposed to high concentrations of mold and mycotoxins in a water-damaged building and or from eating moldy food that it eventually wreaks havoc on our bodies, health, and immune systems. Some people who are already sick from another illness and or disease such as cancer or AIDS may be exposed to minimal concentrations of molds and or mycotoxins to cause death.

Another common mold that is deadly to humans when it grows out of control is “Candida albicans, ” a leading fungal pathogen of humans. Researchers with the Cowen Lab at the University of Toronto had said the Candida species account for 88% of all hospital-acquired fungal infections and cost the health care system over $1 billion annually in the United States alone.”

The researchers concluded that “Globally, fungi kill more than 1.5 million people a year. In the U.S., Candida fungi account for almost 90 percent of hospital-acquired fungal infections, and in Canada, they’re the third most common cause of bloodstream infections in intensive care units. More than 40 percent of people with a systemic Candida albicans infection will die.” –

I’m sure you might not have known that most people who die with AIDS do not die due to AIDS, but from systemic candidiasis fungal infections? Well, they do…

These deadly molds and their mycotoxins that I list above deserve the most attention and are the focus of my work.